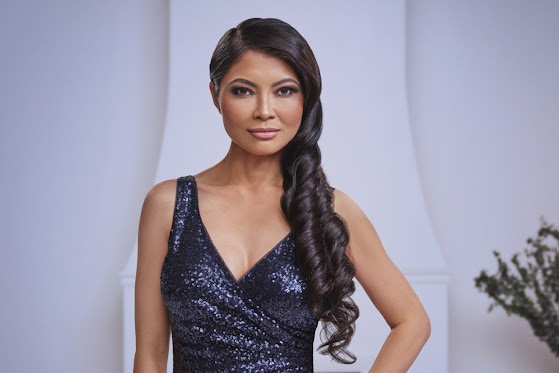 Bravo has removed Jennie Nguyen from the cast of "Real Housewives of Salt Lake City" after her offensive social media posts resurfaced.

The network announced the removal on social media on Tuesday.

"Bravo has ceased filming with Jennie Nguyen and she will no longer be a cast member of 'The Real Housewives of Salt Lake City.' We recognize we failed to take appropriate action once her offensive social media posts were brought to our attention. Moving forward, we will work to improve our processes to ensure we make better informed and more thoughtful casting decisions," Bravo said in the announcement.

Nguyen did not immediately respond to NBC News’ request for comment. NBCUniversal is the parent company of both Bravo and NBC News.

Throughout the Black Lives Matter protests in 2020, Nguyen, who is Vietnamese-American, allegedly shared images and text posts describing protestors as "BLM Thugs" and "violent gangs." She also reposted memes in support of "White Lives Matter," as well as anti-vaccine content.

In one cartoon she reposted, an elderly white woman shows a middle-aged white man the stick figure decals on her car.

"No, that's not my family, that's how many rioters I've hit!" the woman says in the image.

After the posts resurfaced last week, Nguyen issued an apology on Instagram.

"I want to acknowledge and apologize for my deleted Facebook posts from 2020 that resurfaced today. At the time, I thought I was speaking out against violence, but I have since learned how offensive and hurtful my words were," she wrote in the post. "It's why I deactivated that account more than a year ago and why I continue to try to learn about perspectives different from my own. I regret those posts and am sincerely sorry for the pain they caused."

After apologizing, she continued to film with the cast of "Real Housewives of Salt Lake City" despite calls to fire her.

Other cast members denounced Nguyen for her posts. In an Instagram post, Jen Shah said she was "disappointed" by the "disingenuous apology" Nguyen shared. Shah said she was compelled to "stand up" on behalf of her husband and children, who are Black.

“I am deeply offended by the racially insensitive posts and comments. It was infuriating to see her like and repost comments that made a mockery of and showed complete apathy toward those killed marching to bring awareness to the deep-seeded social justice issues that plague our country. I am equally disappointed by the disingenuous apology that was issued," Shah said.

Cast member Meredith Marks alluded to a gag order on the cast in her statement responding to the posts, but promised "repercussions" for her actions.

"Since it was not perfectly clear in my previous tweet and I can now speak out in more depth, I am sickened by my co-worker's racist and prejudicial posts that recently surfaced," Marks said on Twitter. "I do not stand behind or support these posts in any way, shape, or form. I stand with and support the communities affected and targeted by this. I am deeply disturbed and outraged by her actions. Black Lives Matter.